Resolution of Kinder- und Jugendring Sachsen-Anhalt e. V. on the War in the Ukraine

The following resolution was passed by the 39. general meeting of the Kinder- und Jugendring Sachsen-Anhalt e. V. on the 12th of March 2022.

On 24 February, 2022, Russia started a war of aggression against Ukraine, breaking international law. Since 2014, there have been war-like conditions in eastern Ukraine, and the situation has been escalating since 2021. Like all wars, this war is primarily a humanitarian catastrophe. Since the start of the war, more than 2 million people, predominantly women and children but also queer people, have fled. Millions of people are prohibited from fleeing Ukraine, including men from the age of 18 and up who qualify for military service and queer people. Transwomen are especially vulnerable because they are marked as ‘male’ in their documents due to bureaucratic and legal circumstances and thus have to participate in military service as a result of the general mobilization. In general, the remaining civilian population in Ukraine fear for their lives. Their whole existence and their homeland were destroyed overnight. Many people have lost their lives, relatives or friends. There have also already been reports of children falling victim to this war.

Our thoughts, as Kinder- und Jugendring Sachsen-Anhalt e.V. and its member organizations, are with all people who suffer in this war. We want to express our deepest sympathies for the victims and their relatives. We condemn all forms of war and violence, which always affect innocent people and especially children and teenagers. Kinder- und Jugendring Sachsen-Anhalt e.V. condemns this war caused by the Russian state in the strongest terms.

We call on the Russian state to end this war immediately to alleviate the suffering of all people affected.

We call on the Russian state and its military to leave the Ukraine immediately and quickly enable every form of humanitarian aid.

This war marks a turning point in international security policy and influences the everyday lives of young people growing up in Europe in a particular way. Within a few days, discussions erupted around a massive rearmament of the German military and questions of compulsory military service. Kinder- und Jugendring Sachsen-Anhalt e.V. holds the firm belief that a societal militarization is not the answer to this war.

In Europe and many parts of the world, there is a large wave of sympathy and readiness to help and support the civilian population of Ukraine. Numerous member organizations of the Kinder- und Jugendring Sachsen-Anhalt e.V. are also actively participating in the civil support of people from Ukraine. They gather relief supplies, assist aid organizations, organize peace demonstrations, provide valuable consultation work, enable the transportation of refugees using association busses, support official organizations with translators, provide living spaces or offer mobile Wi-Fi at points of contact. The Kinder- und Jugendring Sachsen-Anhalt e.V. expresses its deep gratitude towards these groups and calls for everyone to continue this line of support.

It is important now to quickly help the people arriving in this country without bureaucratic restrictions. In order to be able to process the traumatic events, safe spaces are necessary to provide peaceful and regenerative environments for those affected. We call for sufficient and quick consultations, counselling and recreational offers for affected children, teenagers and their guardians. If this war continues, there is a need for specific prospects and unrestricted opportunities to participate in social life, especially for young people.

However, there have also been reports of assaults on people with Russian nationality in Europe. We also take note of the catastrophic humanitarian situation at the external borders of Europe. One thing is clear for the Kinder- und Jugendring Sachsen-Anhalt e.V.: we do not discriminate between groups of people. Kinder- und Jugendring Sachsen-Anhalt e.V. is opposed to any form of discrimination and violence regardless of nationality, gender, sexual identity, religion or country of origin. As a part of the alliance united4rescue, we continue to take a stand by affording all refugees the necessary aid and social participation.

Advocating for the realization of human rights, democracy, environmental protection and a sustainable lifestyle in our community and educational work, as well as in our actions in the public sphere, continues to be the basis for our work. This is only possible when there is peace: peace in Ukraine and in the whole world. 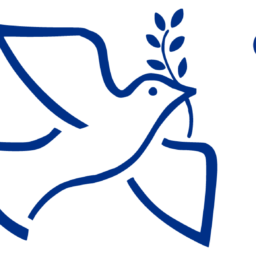